EDF GMH Méditerranée entrusts AXS INGENIERIE with a resizing study for their cofferdam crane and spreader in the barrage of Cadarache.

EDF GMH Méditerranée conducts this study to ckeck the sizing of the cofferdam crane for when it is on duty. Indeed, new parameters should be accounted for in the study in relation to the crane operations: evaluation of the siltation, corrosion, increased SWL…

The study of the cofferdam crane

The course of the study starts by:

This study will be conducted in respect with FEM rules.

EDF Cadarache’s barrage is part of the Durance-Verdon’s hydroelectric basin. Indeed, in this basin operate 30 hydroelectric power plants, and 17 barages that produce enough energy for 2.5 million people, which is roughly the equivalent of 50% of the energy produced in the PACA region in France. 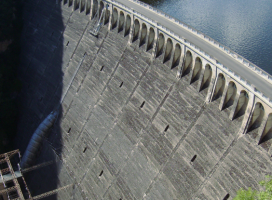 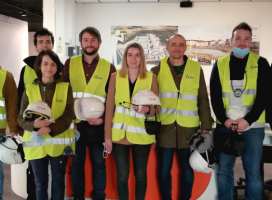